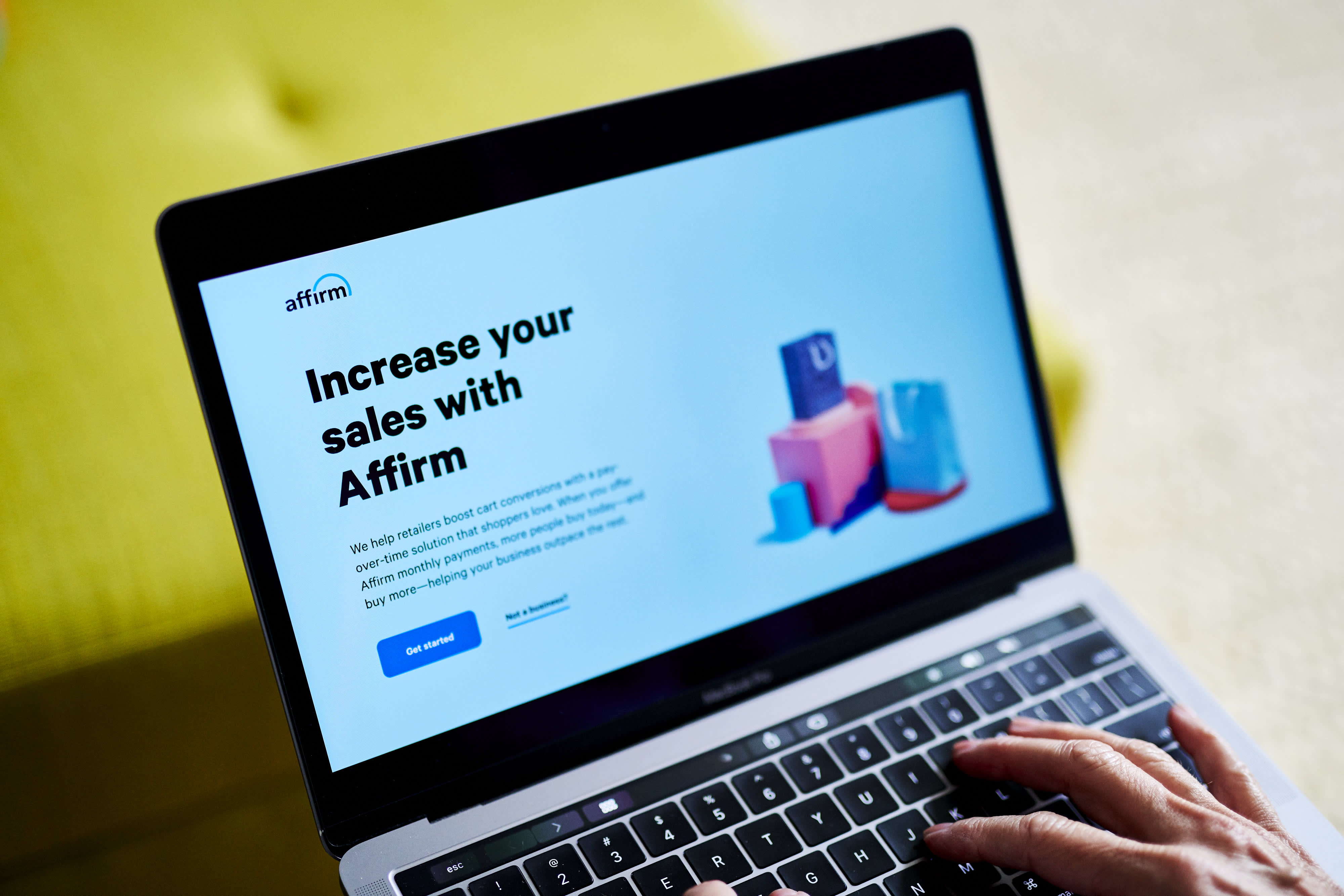 Affirm stock dropped as much as 26% on Thursday after the company reported second-quarter results ahead of schedule.

Here’s how the company did versus Refinitiv consensus expectations for the quarter ending in Dec.:

Affirm stock was up about 10% during trading ahead of the company’s second-quarter earnings on Thursday.

The early release came after an apparently since-deleted tweet sent from the official Affirm Twitter account on Thursday morning, which included details about the company’s financial performance including that its sales rose by 77%.

The tweet suggested that Affirm would beat revenue expectations. Analysts polled by Refinitiv had expected a 61% rise.

Affirm is one of several hot “buy now, pay later” companies that offer short-term and low-interest loans to users when they buy consumer goods online.

For example, users buying a $1,450 Peloton bike can pay it off over 39 months with payments as low as $45 through Affirm. Last year, Affirm announced a partnership with Amazon to to be the sole non-credit card provider for financing for products the retail giant sells in the U.S.

Affirm went public in Jan. 2021 and is currently 33% lower than its IPO price. It was founded by Max Levchin, one of the original founders of PayPal.

‘We are not rich:’ A couple share one money tip that lets them travel full time — on land and sea
Tim Cook says there are 4 traits he looks for in Apple employees: ‘It’s been a very good formula for us’
Nike shares fall as overstocked inventory weighs on earnings
8 million student loan borrowers will get automatic forgiveness. Here’s what you need to know
Stocks making the biggest moves midday: Nike, Rent-A-Center, Carnival Cruise